Welcome to my Studio

As a painter, my emotions have always been stirred by other painters such as Edward Hopper, Richard Estes, Robert Cottingham and John Singer Sargent. My love for the automobile and the motorcycle has obsessed me daily from a very young age. There's just something about these machines and their cosmetic personalities that really speak to me. Their polished metallic finishes, colors, reflections, glass, metal and chrome surfaces endlessly seize my attention.

I received my Bachelor's Degree in Art from Nebraska Wesleyan University. Please contact me for quotes for the paintings shown here. For a custom painting, you and I can come up with a unique piece of artwork that you and your family will treasure forever. 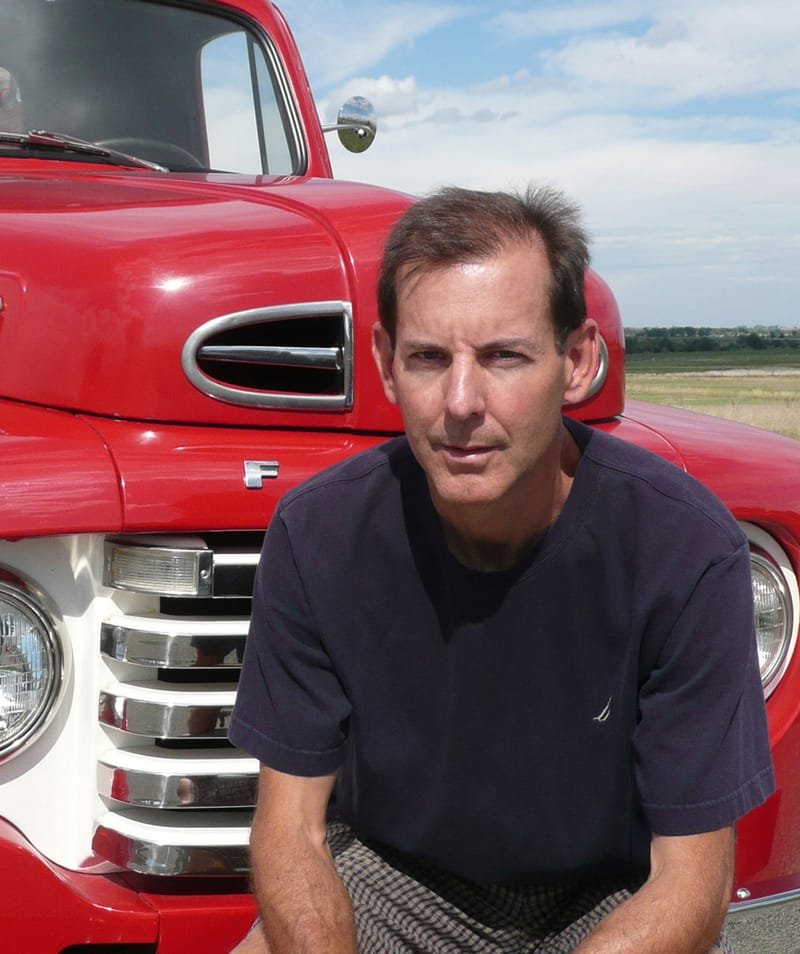 20 diverse Berthoud artists will open their studios for you to view their work on Saturday, August 3rd from 10 am to 5 pm. Spend the day in Berthoud visiting as many studios as you wish. Watch Facebook for a map of studio locations.

Meet Berthoud's artists at Ko-fe House downtown on Saturday, July 20th from 6 to 8 pm for a reception and view examples of our creative work. This display is up now and runs through Saturday, August 24th.

I am proud to have been invited to show my work at Longtucky Spirits Distillery at 350 Terry in downtown Longmont. Show runs from September 19th through October 22nd. This is one of the finest new venues in Longmont's Creative District, and you can join me there on October 12th for Longmont's 2nd Friday!

I will be showing my original paintings during the upcoming Berthoud Open Studios on Saturday, August 4th, from 10:00 am to 5:00 pm. Swing on by to check out my work at 480 Capitol Avenue in north central Old Town Berthoud. Also, RaeLynn Petrovich will be showing her incredible photography in my home at the same time!

Join me at the Berthoud Open Studios Artist Reception at Da Bean Coffee Shop in Downtown Berthoud from 6:00 to 8:00 pm, Friday, August 3rd, 2018. Also, throughout the months of July and August sample work of our artists' work will be on display at Da Bean.